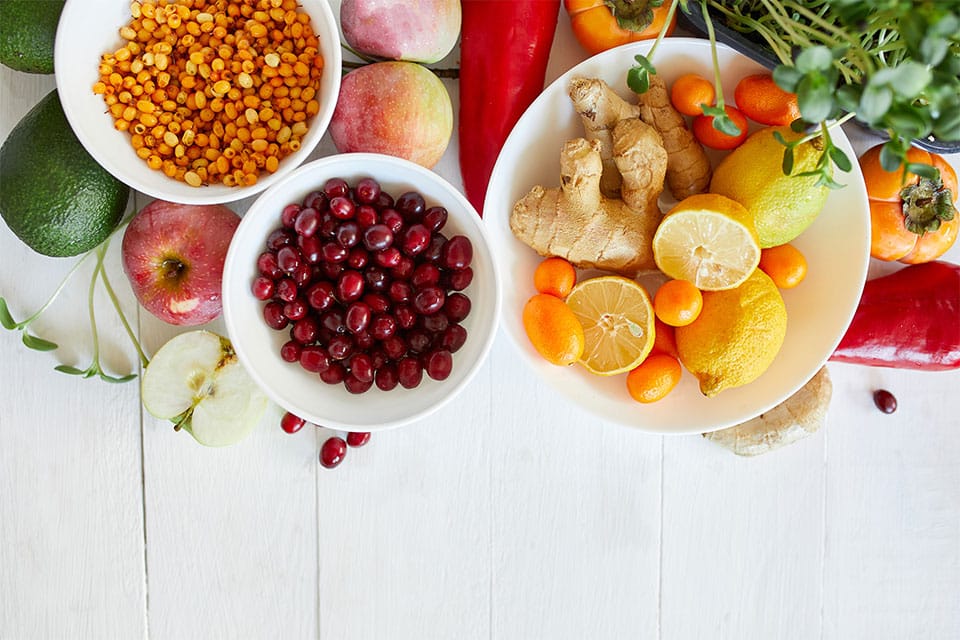 Living and breathing are high-contact sports. Cells dividing, lungs filtering and DNA repairing are among the natural and environmental causes and effects linked to the formation of free radicals.

Free radicals are volatile, co-dependent little atoms that seek to bond with and destroy healthy atoms by causing a fiery reaction called oxidation. It’s why they earned the name reactive oxygen species (ROS).

And a dangerous species they are! In the same way that cut fruit browns when exposed to air or metal rusts when overtaken by the elements, the body’s trillions of cells that breathe health, life and energy into you have to battle oxidative stress caused by these energy-stealing ROS scavengers.

If your body’s natural defenses can’t keep up, it can lead to premature aging, which presents through a whole host of issues that include wrinkles, hair loss, vision and cognitive decline, and inflammatory and autoimmune conditions.[***]

So how do you fend them off while maintaining youthful health and vibrancy, inside and out?

With an army of antioxidants: powerful health-boosting chemicals that help stabilize free radicals and minimize their lethal reactions.

There’s an assortment of antioxidants numbering in the thousands, some of which include flavonoids, polyphenols and catechins, each with its own set of characteristics and behaviors. And while they’re typically associated with plant-derived sources, such as red wine and blueberries, antioxidants are found in surprising places.

The human body is quite a feat of design and engineering, a natural marvel in its performance and self-sufficiency when well maintained. Because free radicals are by-products of normal function, the body is equipped to reset the balance of power by creating two of the most powerful antioxidants.

Glutathione is a detoxing “master antioxidant” – the mother of all scavenger fighters produced naturally to counter oxidation and inflammation throughout the body, but especially in the lungs – your body’s natural filtration system. Pollution and pesticides are everyday health threats… and your lungs are on the front lines against them.

Glutathione helps to eliminate trapped toxins before they cause harm, but production dwindles with age. To boost levels of your master antioxidant, supplement with N-acetyl cysteine (NAC). NAC is the supplement form of the amino acid, cysteine, which is vital for replenishing glutathione. It also supports optimal detox function of the lungs and liver.[**]

Alpha-lipoic acid (ALA) is the antioxidant that fires up metabolism. Mitochondria are every cell’s energy factory and where ALA is produced, so it’s no surprise that this free-radical fighter has been shown to support metabolic functions including burning fat, metabolizing of blood sugar and improving cholesterol.

The “sunshine vitamin”, Vitamin D, is actually a steroid hormone that kidneys produce and is needed to absorb calcium and promote immune health. As a fat-soluble nutrient, it’s concentrated in good fats such as oily fish, egg yolks and red meat, but through brief, direct exposure to sunlight, your body can synthesize vitamin D naturally.

Antioxidants you must consume

Most known antioxidants are, in fact, phytochemicals, and they contribute to the color, smell and taste of plants.

Two potent polyphenols include heart-healthy resveratrol found in dark chocolate, blueberries and the skin of red grapes, and inflammation-fighting curcumin is the yellow-hued substance in turmeric, both of which help reduce oxidative stress in plants.

There’s another group of polyphenolic compounds – anthocyanins help boost immune health in humans and are especially concentrated in black elderberries. In fact, these tiny berries contain almost twice the amount of these pigment-producing compounds of any fruit, according to the U.S. Department of Agriculture.

But perhaps the most recognizable immune-boosting nutrient is Vitamin C. Vitamin C is typically associated with resisting colds and flu viruses, this powerful, water-soluble nutrient is also essential for iron absorption, a key mineral needed to support the body’s defenses against harmful bugs and microbes.

Vitamin C is also vital for encouraging the natural production of collagen, found in skin, lungs and other connective tissue. And because it’s a powerful antioxidant all its own, it’s known to help fight premature skin wrinkling and to brighten skin for a younger appearance.

Vitamin C may be popularly known to be found in citrus fruits, but it’s also found in a variety of fresh produce including peppers, strawberries, broccoli, brussels sprouts, and surprisingly – potatoes.

Mix it up for best health!

By adding a rainbow of nutritious foods to a balanced diet and maintaining healthy activity levels that include time spent outdoors, you can keep free radicals at bay and amplify your body’s youthful function.

Collagen Supplement Daily Dosage – How Much Collagen Each Day?

These statements have not been evaluated by the Food and Drug Administration. This product is not intended to diagnose, treat, cure, or prevent any disease. © 2021 Body Kitchen, LLC. All Rights Reserved.